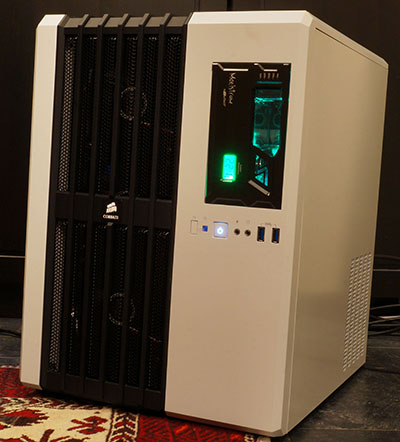 I built this system for Christmas. I knew broadwell-e was right around the corner but I wasn’t sure how much it would OC and I wanted a new PC for christmas. So far it is all good, the new Broadwell-E i7-6950X is very expensive and doesn’t overclock as well as i7-5960X. 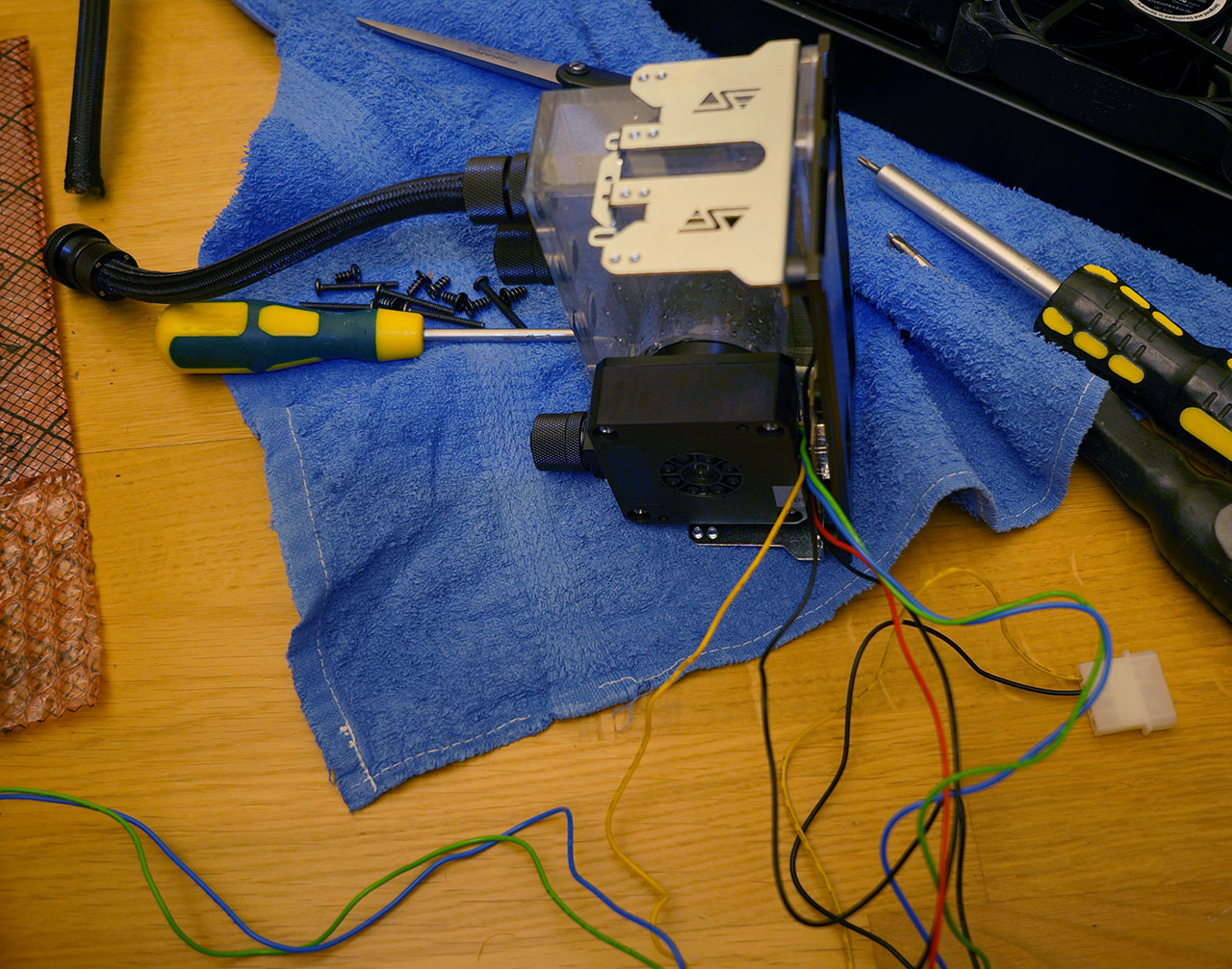 This is the pump and reservoir combo, the Maelstrom 5 1/4.” It is completely silent if I connect it to my CPU fan header and control the speed with Asus Fan Xpert 3. 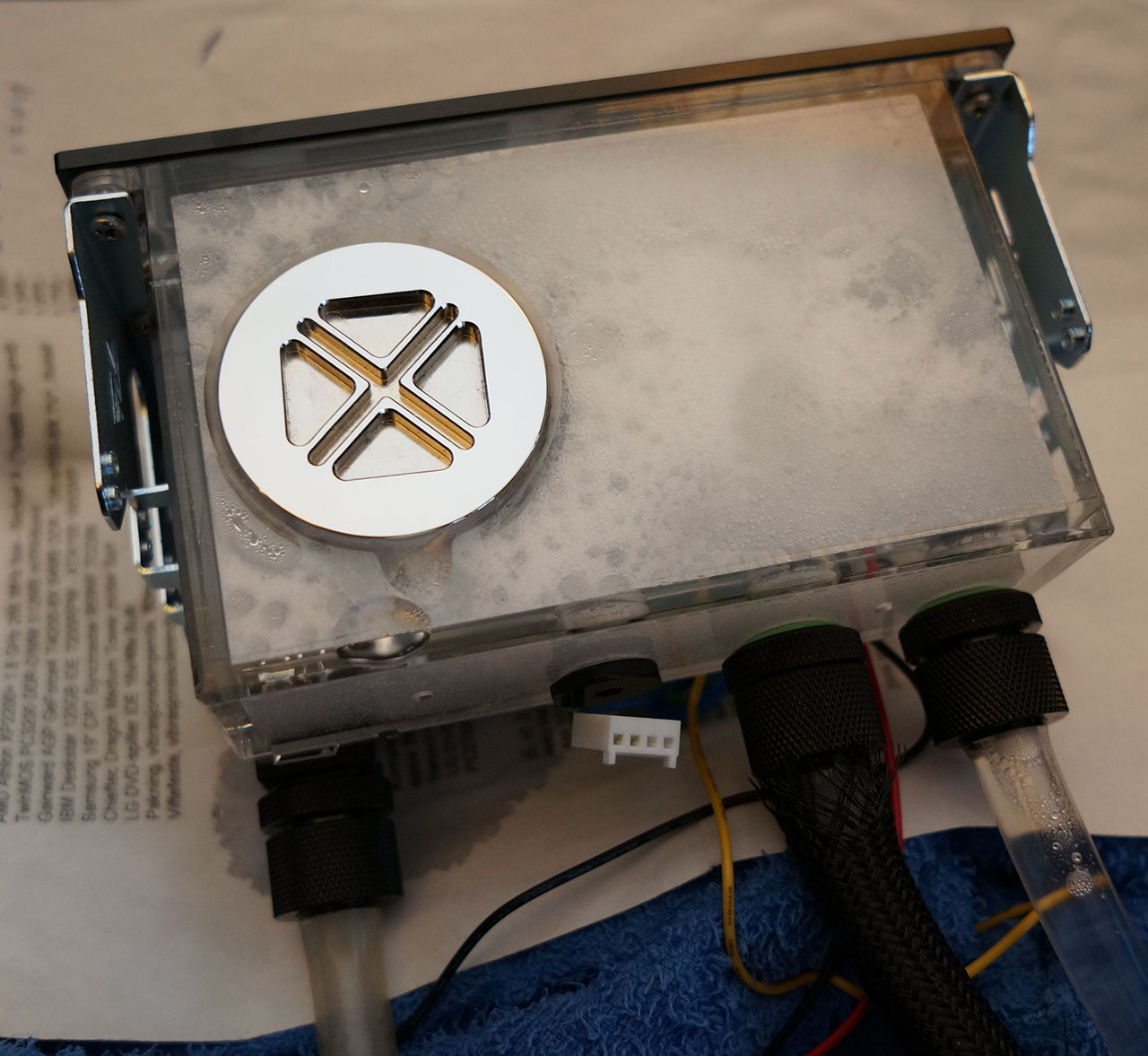 The 5.25″ drive bays are aligned vertically in the case so I had to tape the fillport with duct tape to keep it from leaking. You can see the fillport here leaking alittle. 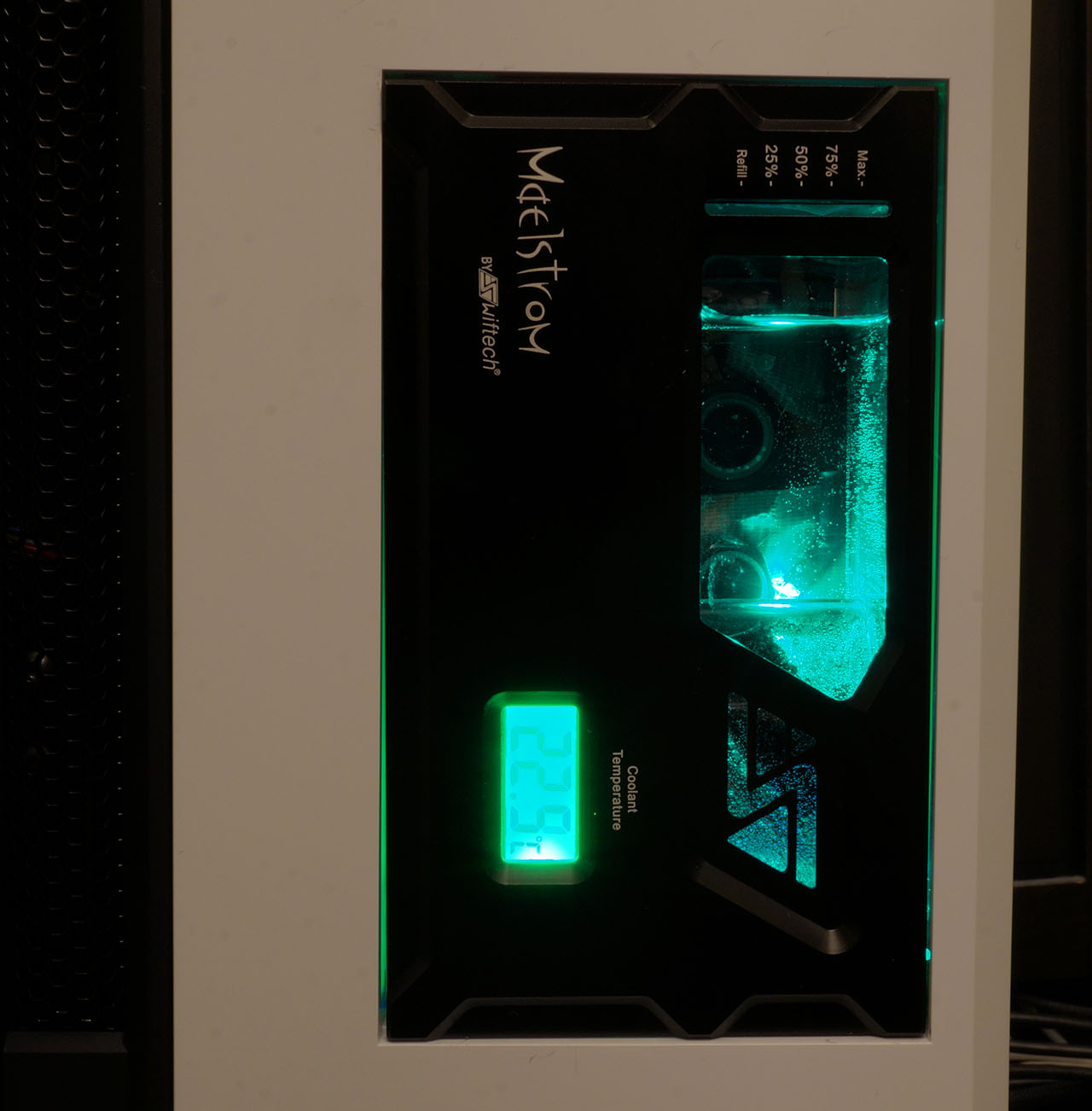 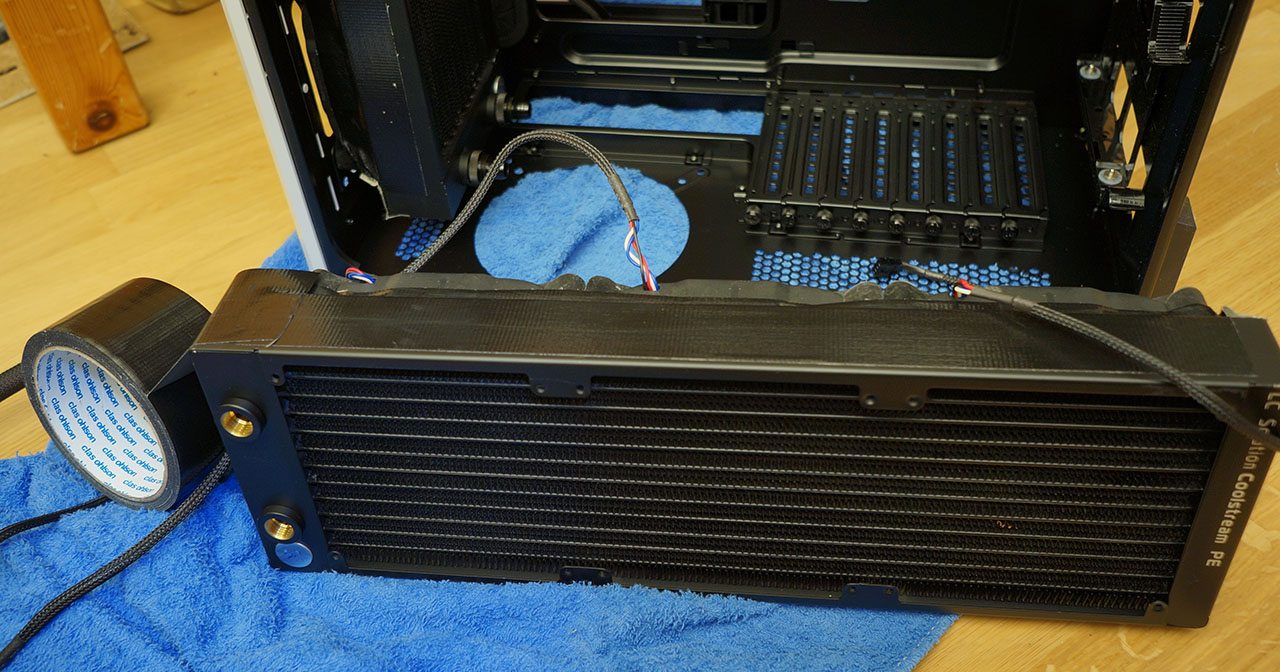 I also used duct tape on the radiators. That sealed the area between the fans and radiator. It doesn’t look too bad with black duct tape. 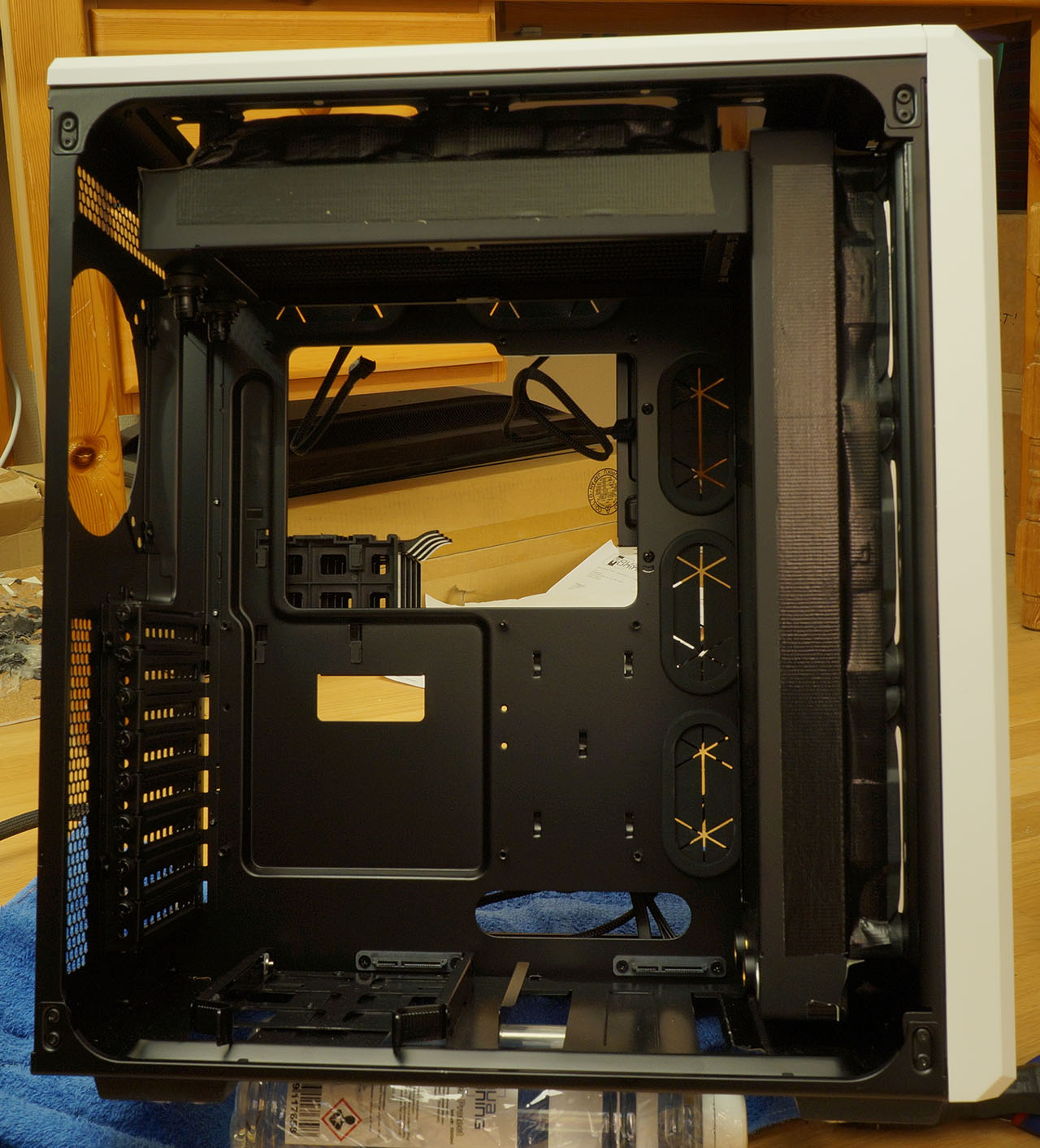 And both radiators installed. It was a tight fit but they got in. 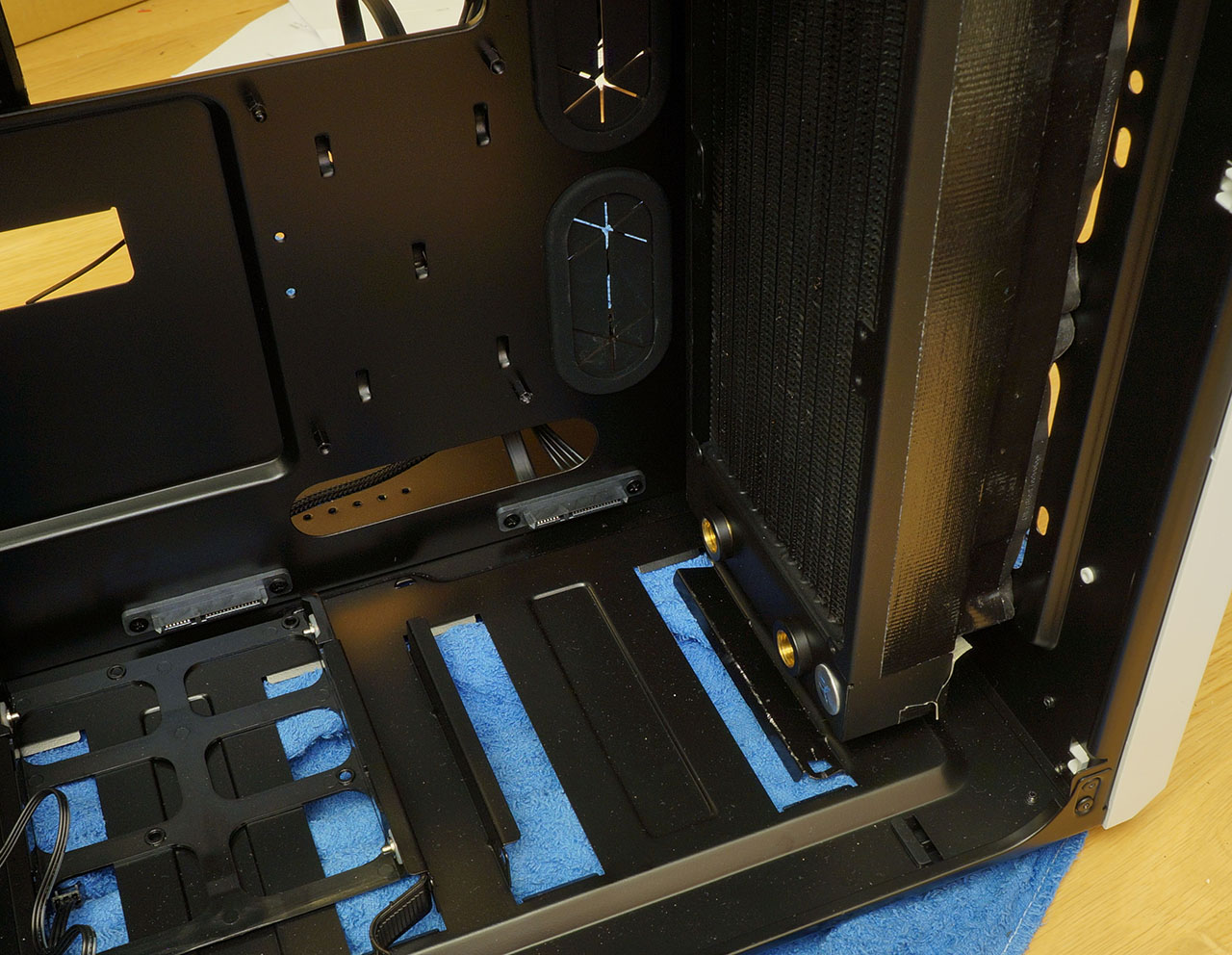 I had to bend one of the HDD drive trays. 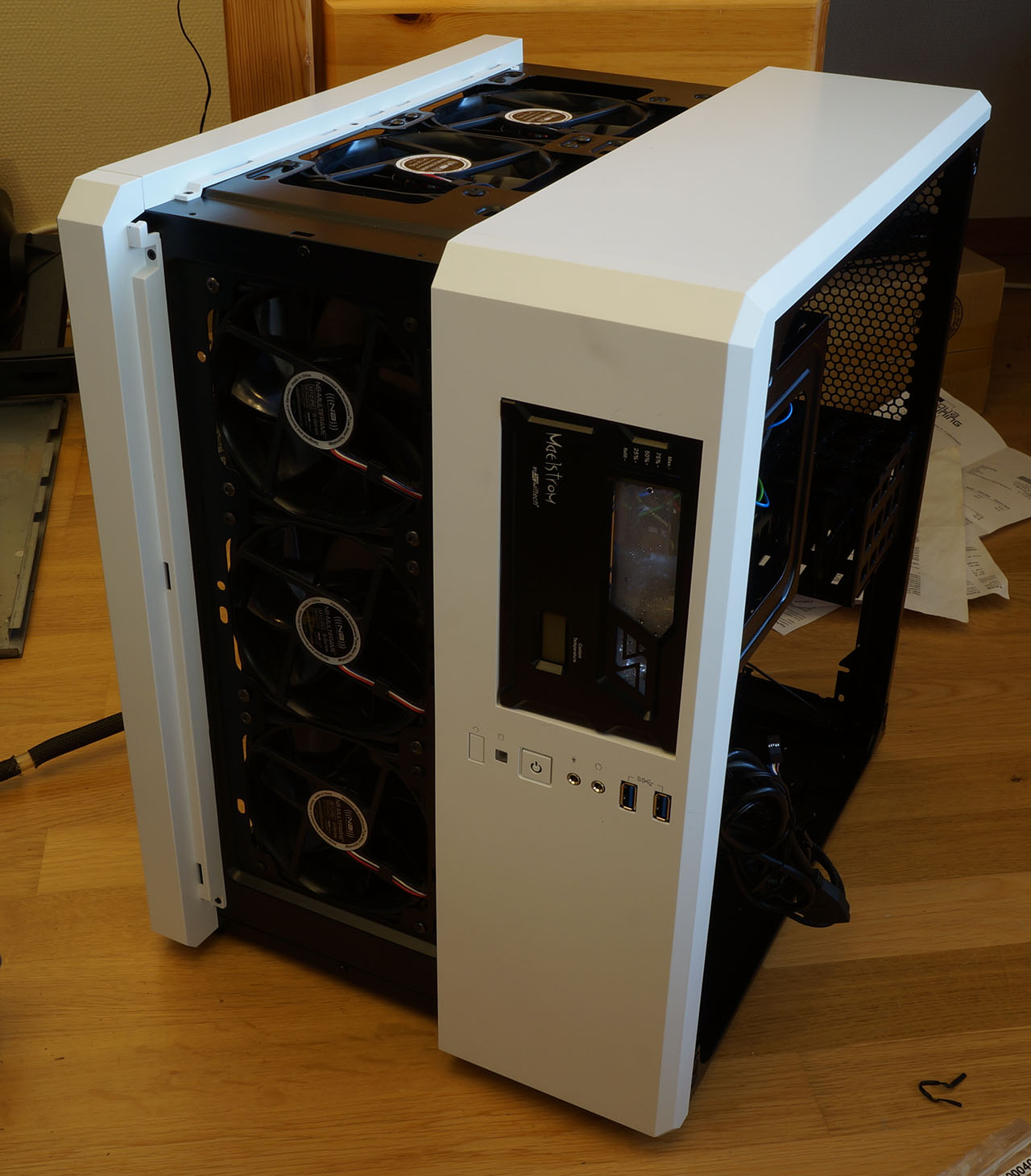 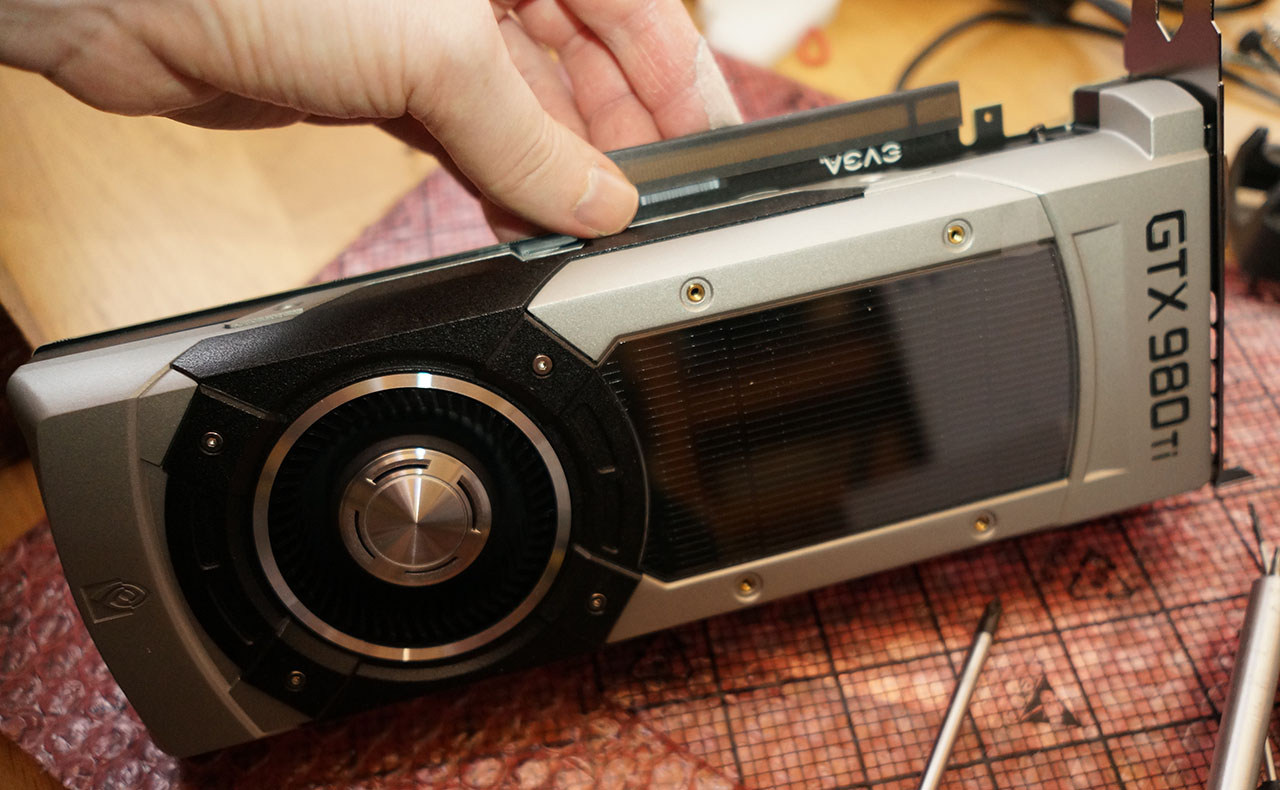 The GeForce GTX 980 Ti. I removed the GPU heatsink and watercooled it and let the original board heatsink intacts and let it cool the memory and voltage regulator modules. Cheaper so I don’t have to buy a new full size GPU block with each new GPU I buy. 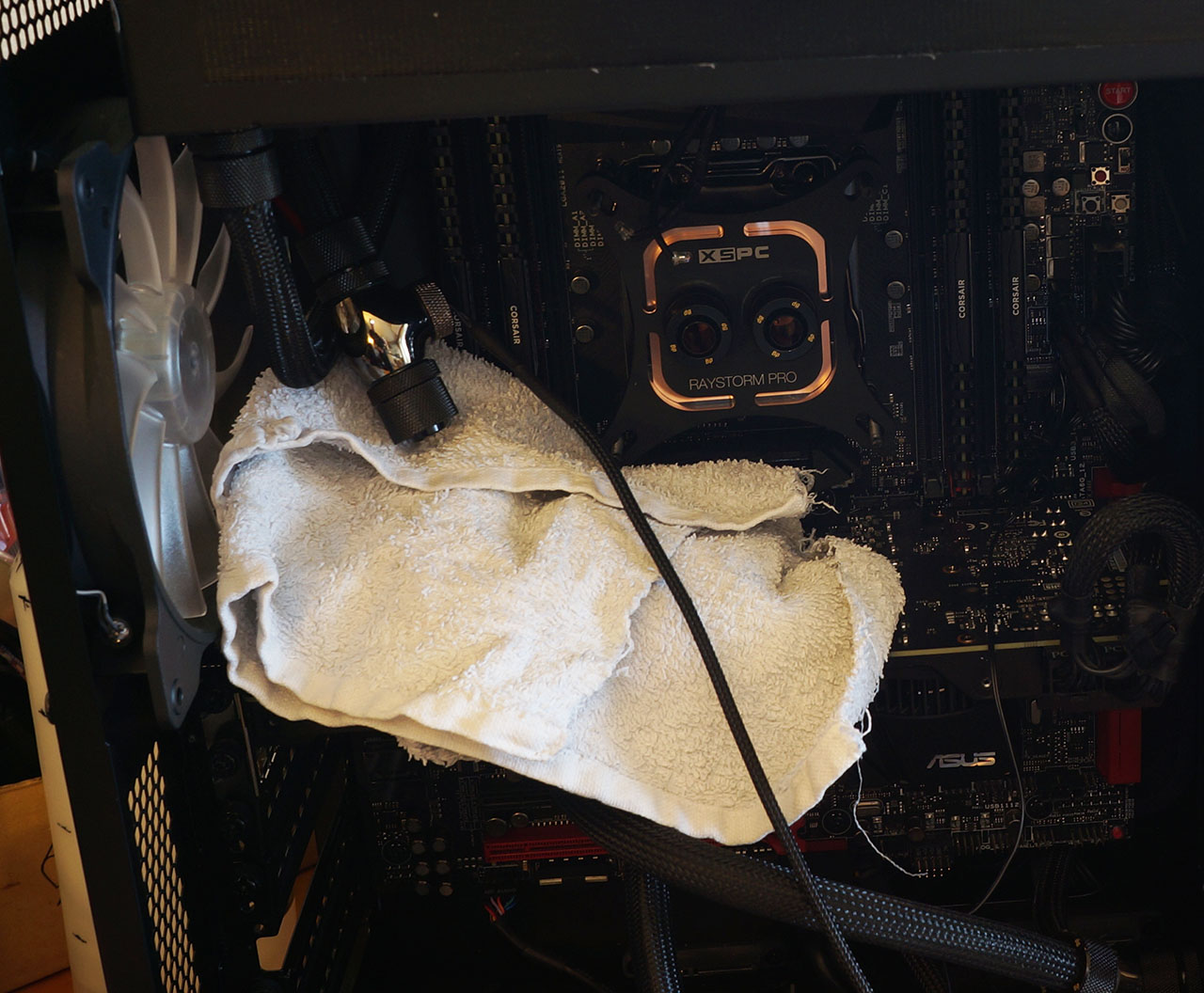 XSPC inline water temperature sensors. One before the GPU and CPU blocks, and one after. Connects straight to the Asus Rampage V Extreme motherboard.

The difference isn’t much only two degrees before waterblocks and after. Temperature 1 is water after watercooling blocks, Temperature 2 is water before blocks and Temperature 3 is air intake. 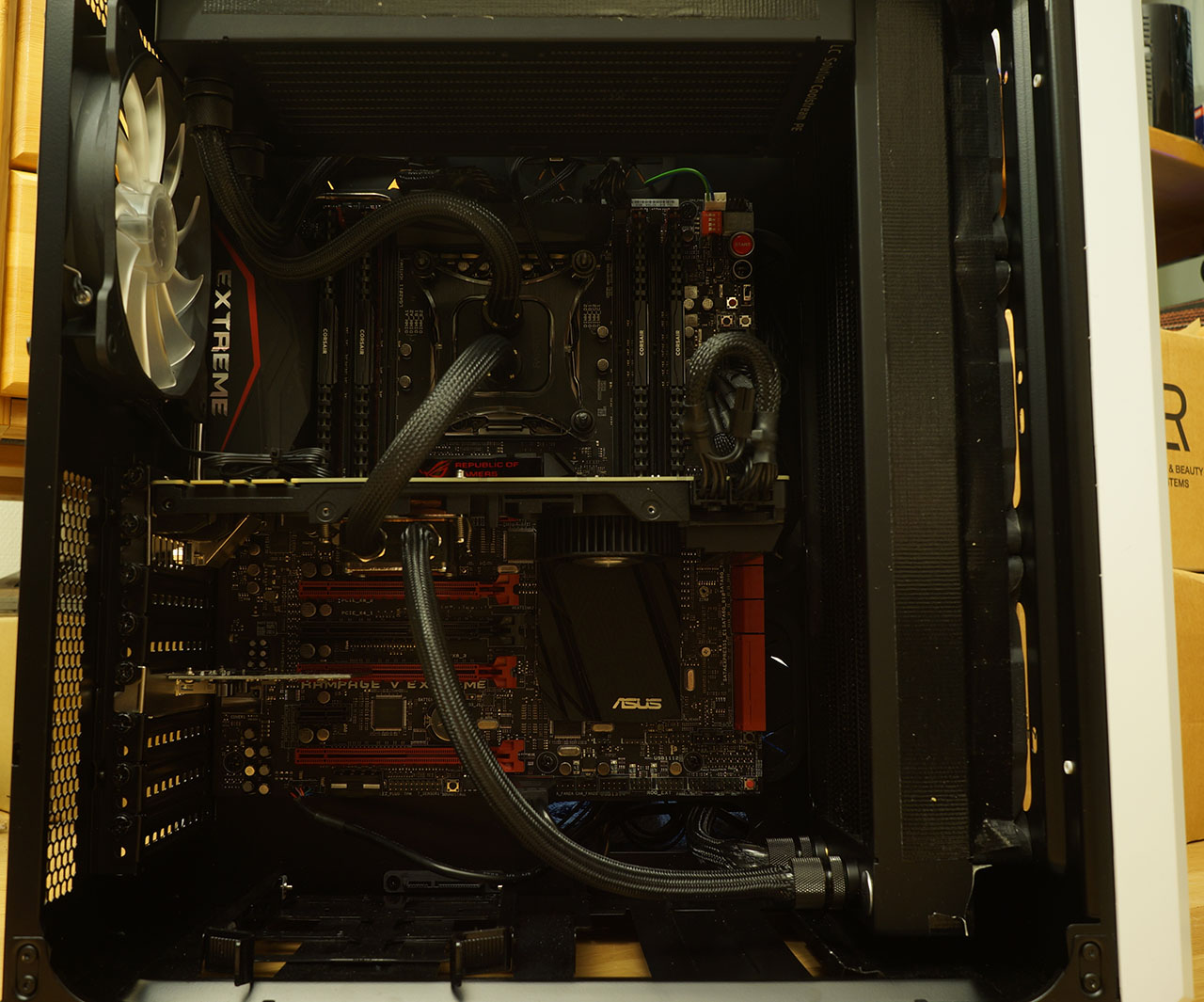 All done. I have used compression fittings and braided sleeving on the tube. Six months later and not a drop leaked.

I have disabled HT because I want to see how much CPU games really use, and sometimes HT is reducing FPS in games 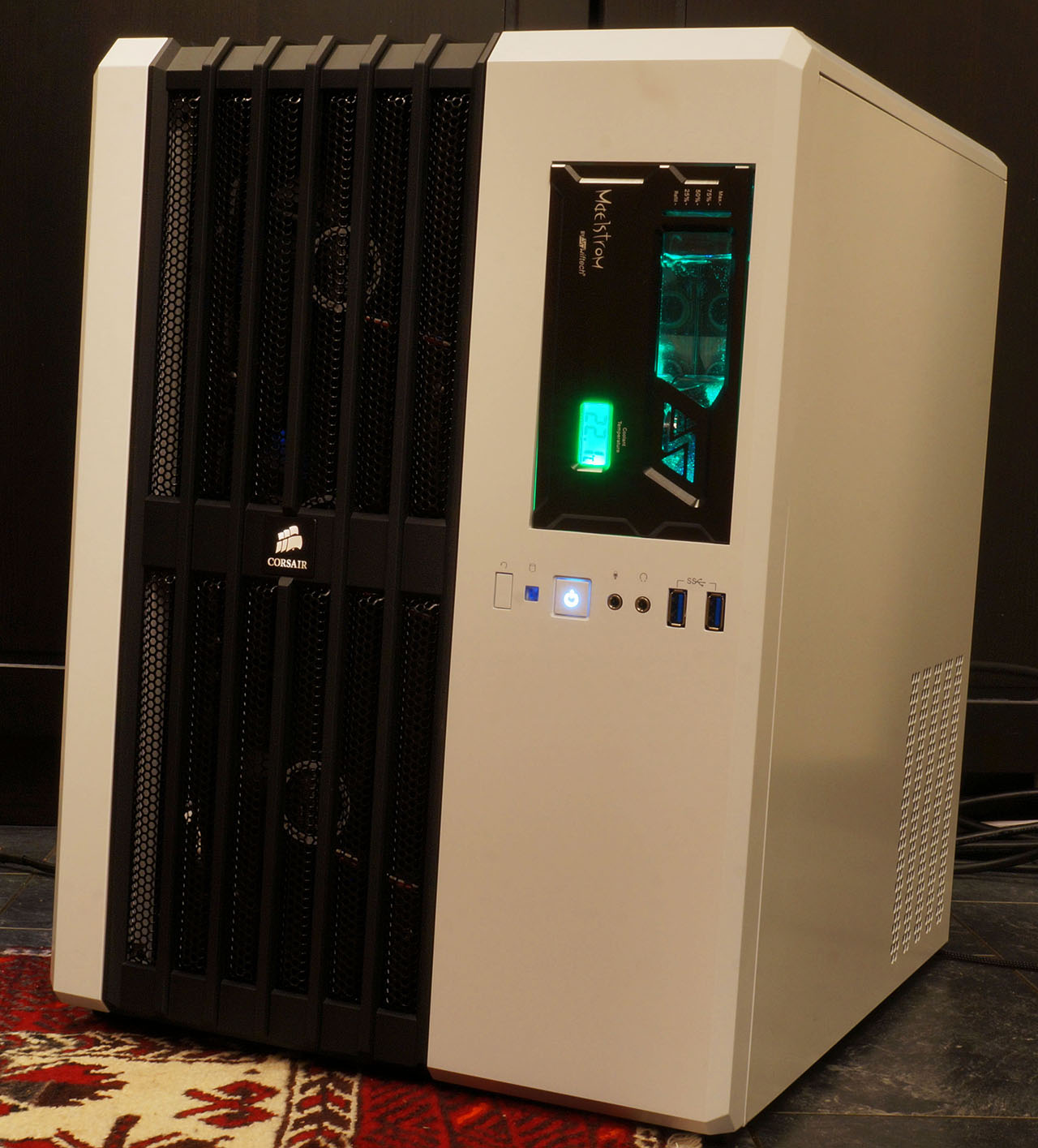 Fan shrouds on and power on. 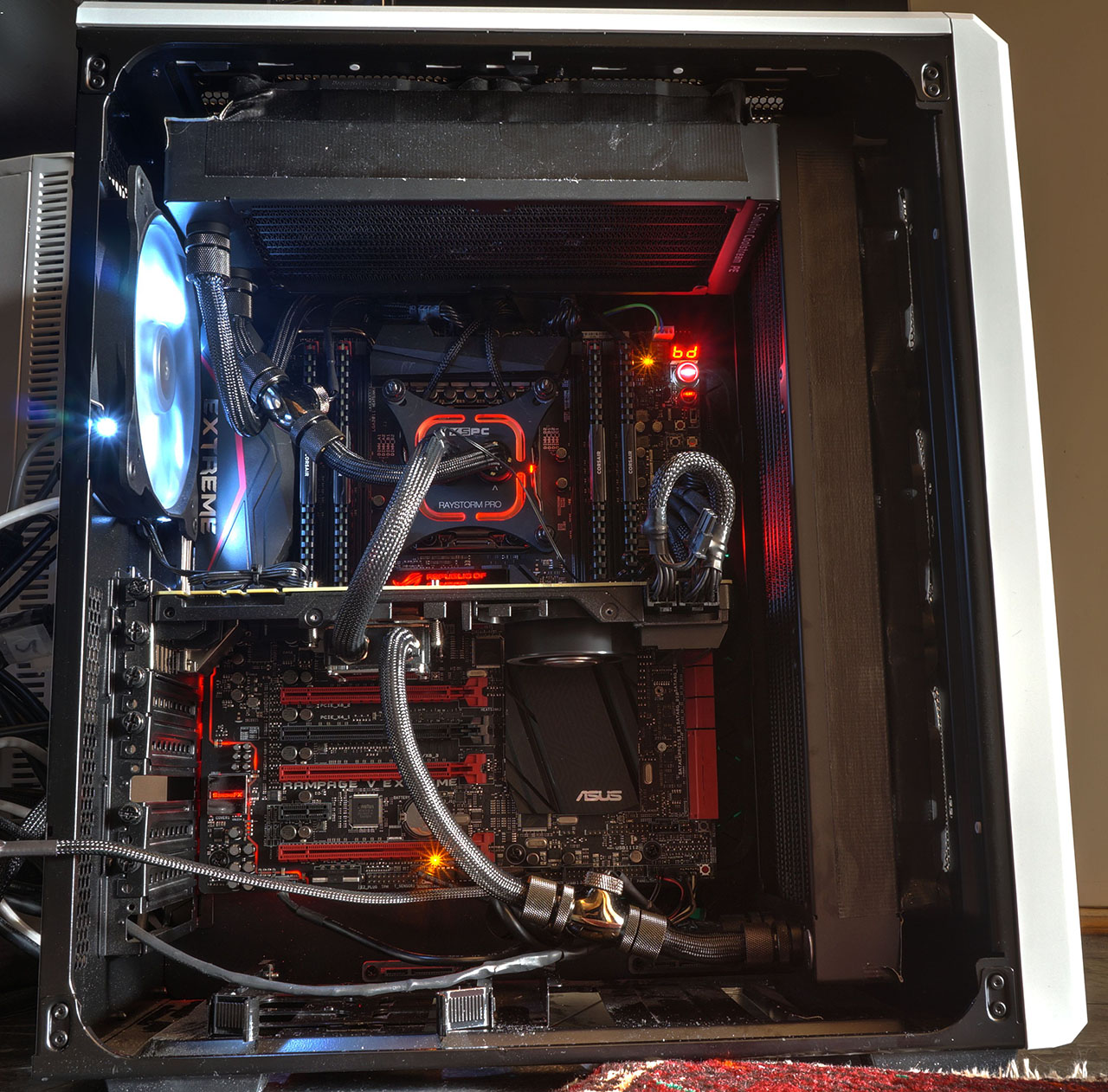 Here is a final shot with the power on and some light HDR tonemapping. Here I have installed the XSPC RayStorm Pro but it gave me much worse temperatures in Prime95 so I reverted back to the vanilla RayStorm. 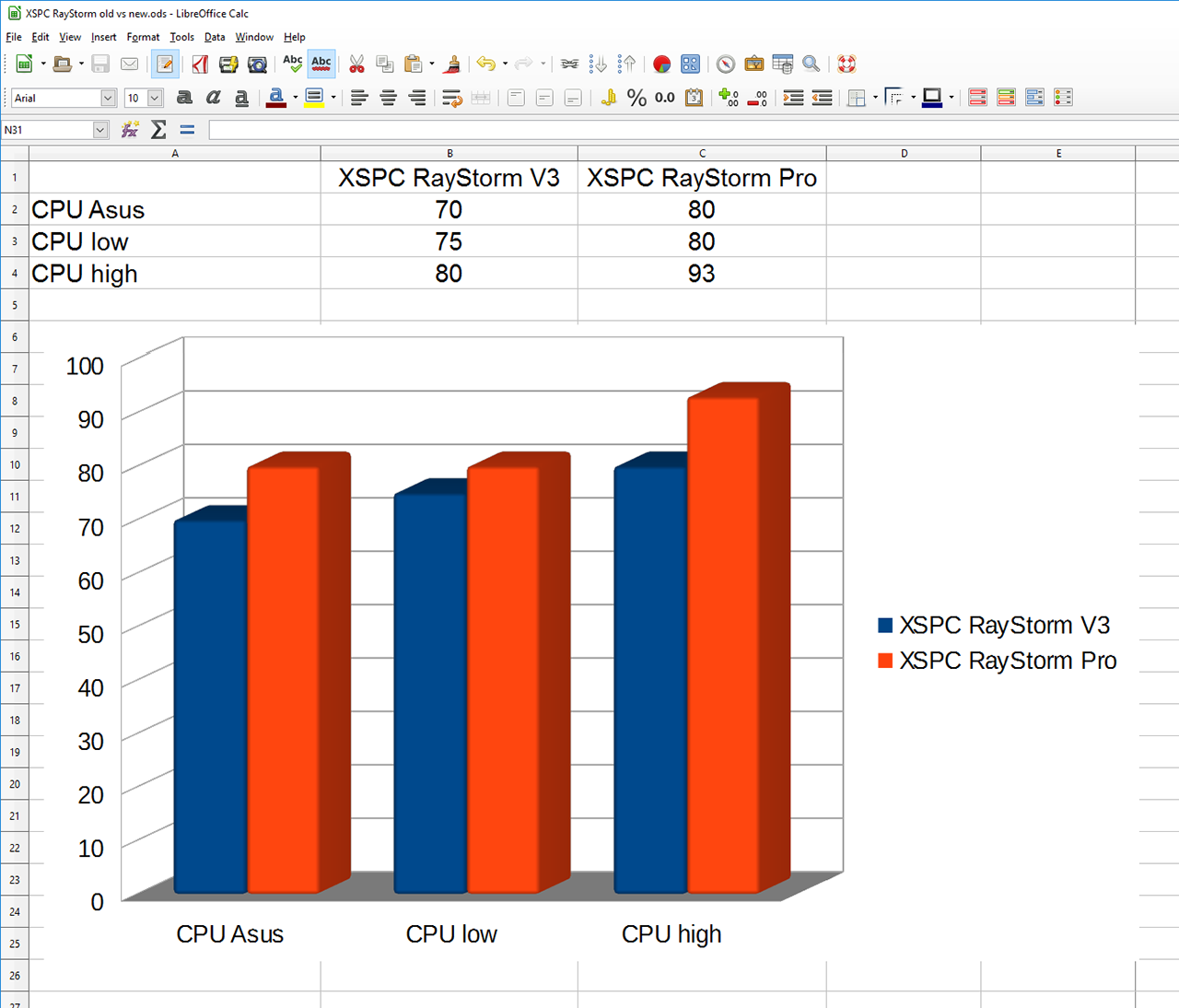 I finally looked into this some more, and it seems it was the mounting harness. When I used the ones that came with the RayStorm Pro everything was fine. In fact, it was a bit better than the vanilla RayStorm.

Look at these results: 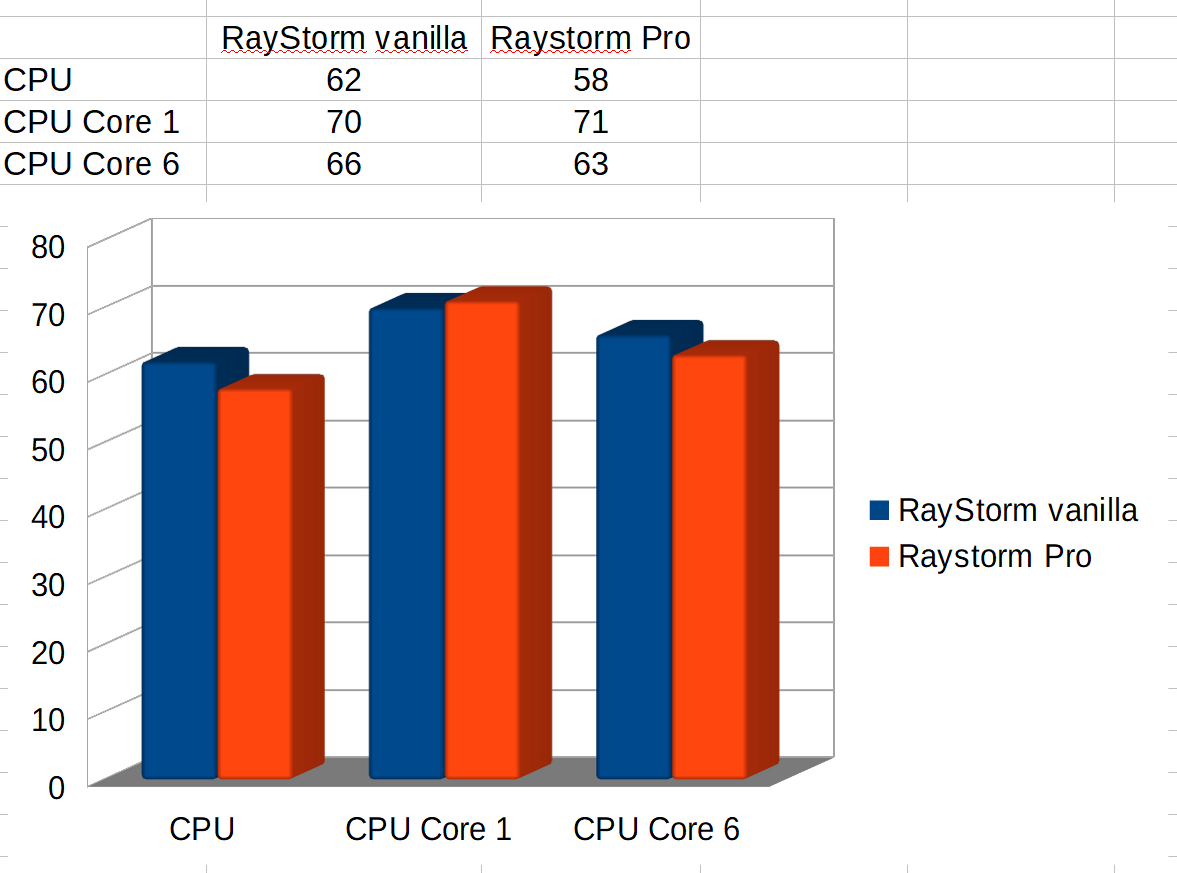 Here is the AIDA temperature results in detail: 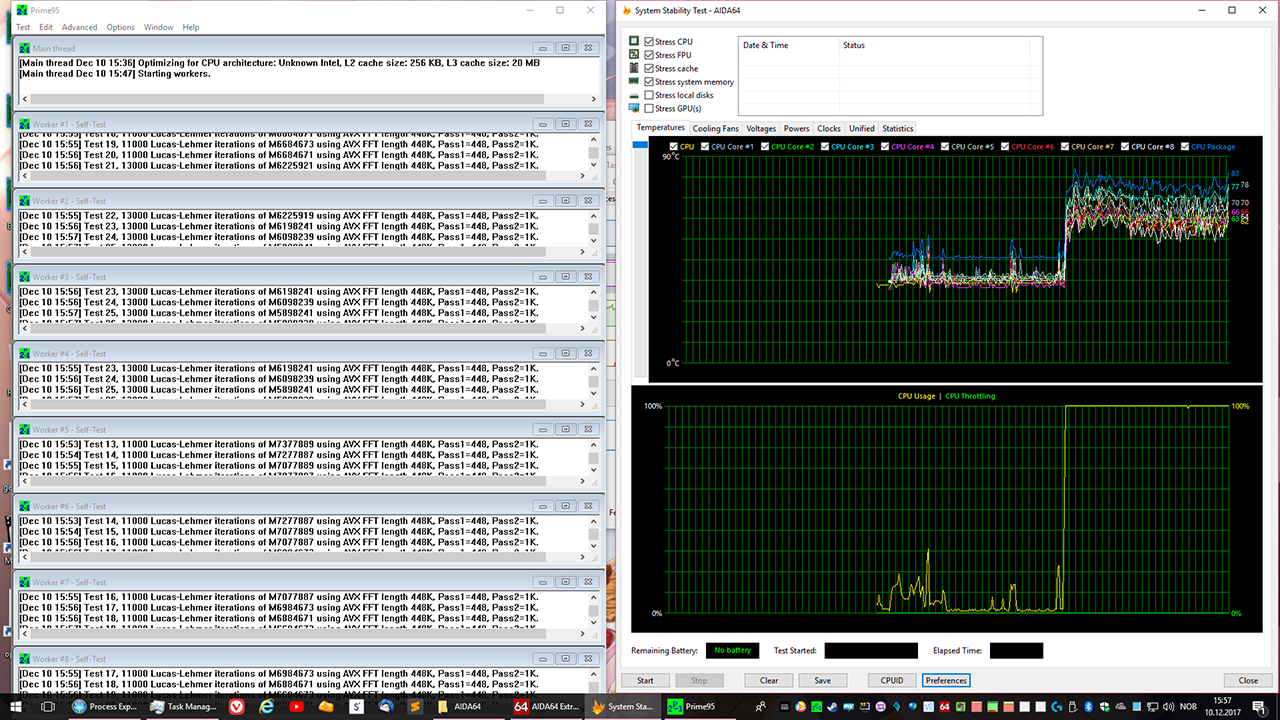 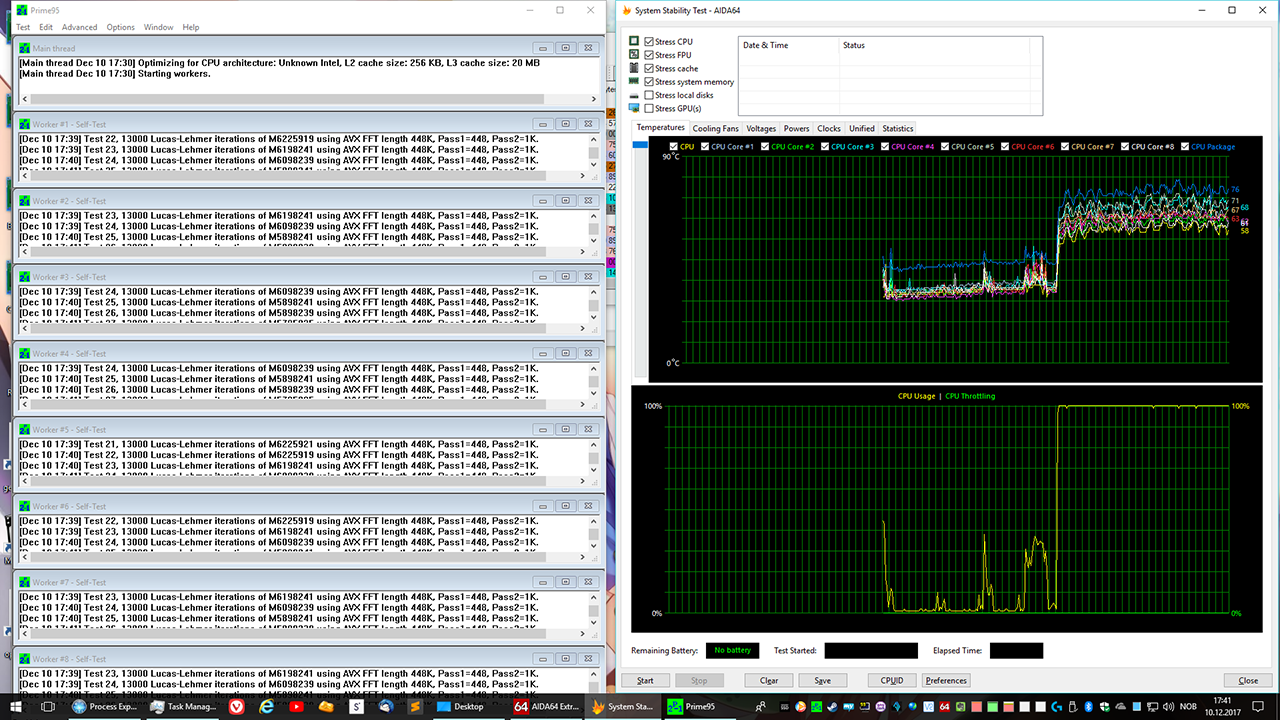 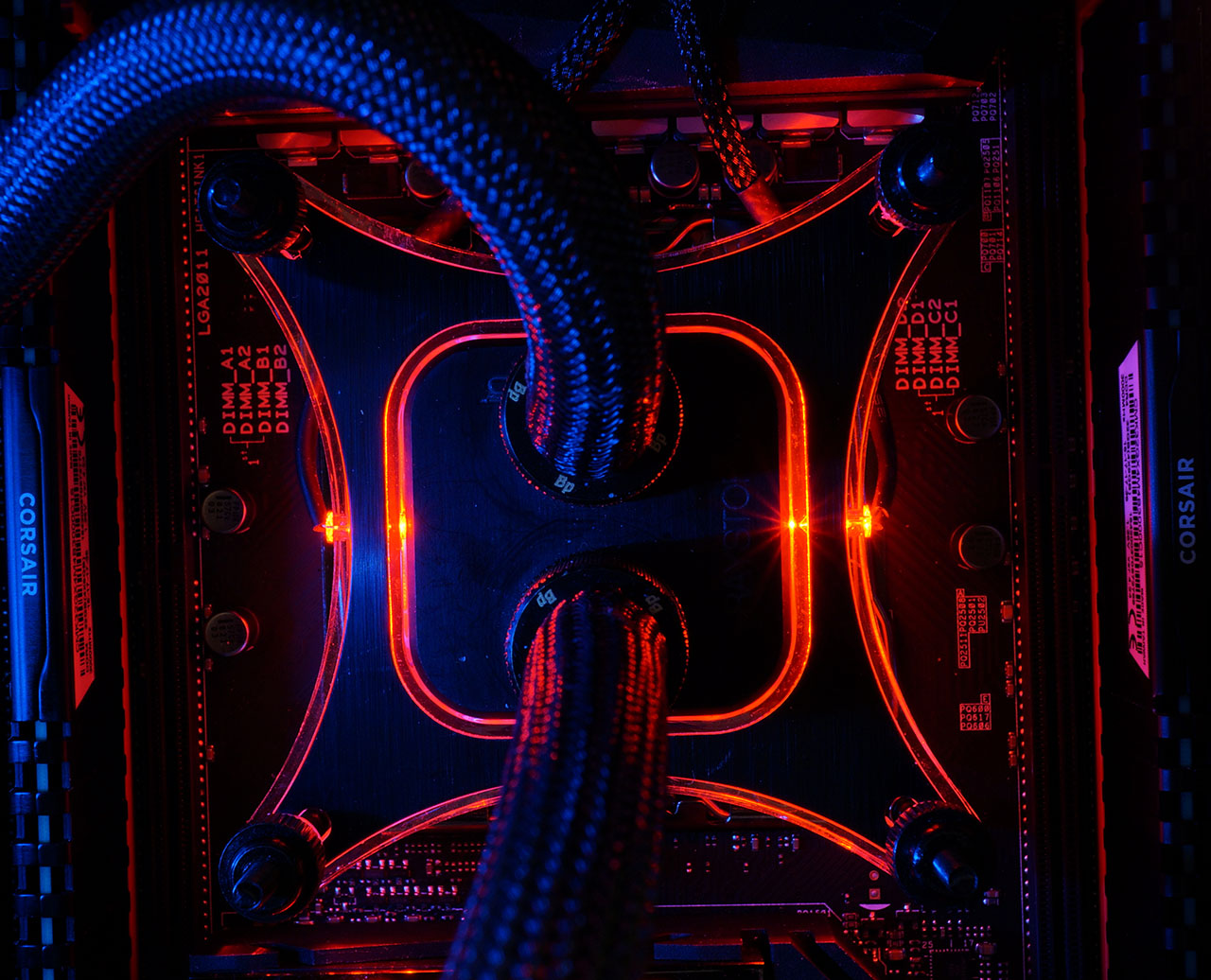 Here it is the RayStorm V3 vanilla in its LED glory. 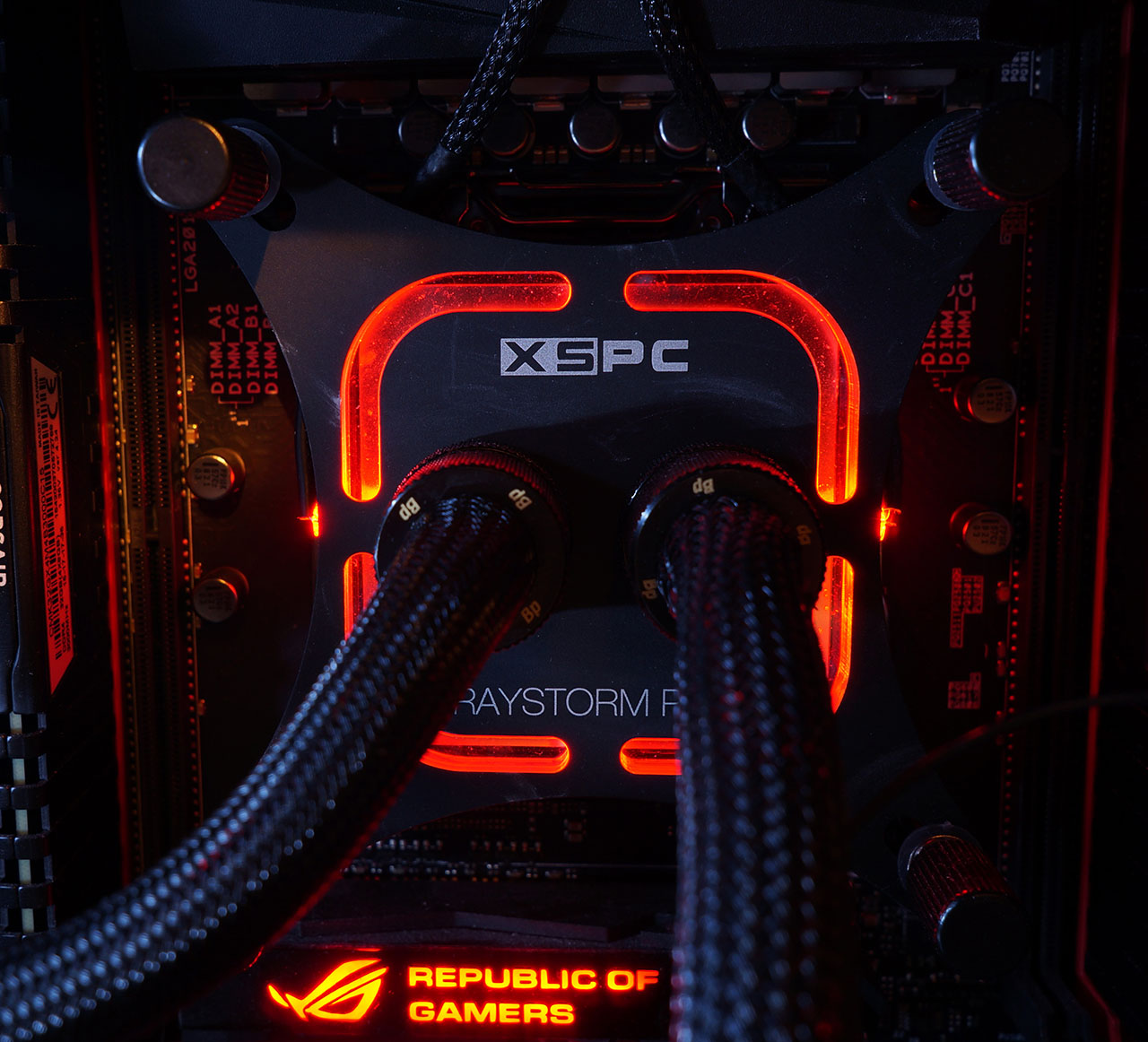 And here is the RayStorm Pro. Pretty blinkenlights.