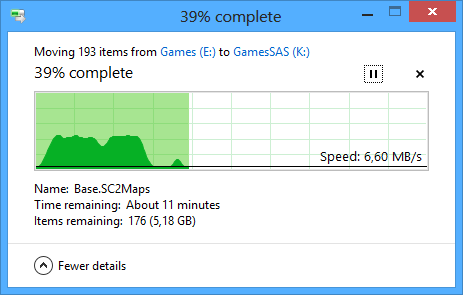 I tested some more, and HD Tach seems to reproduce the issue. 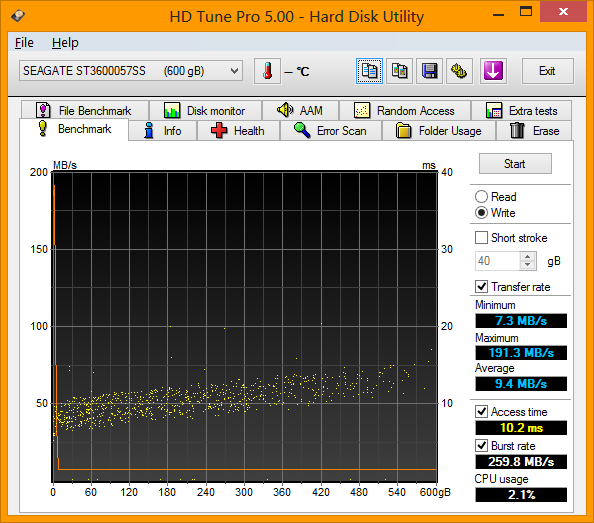 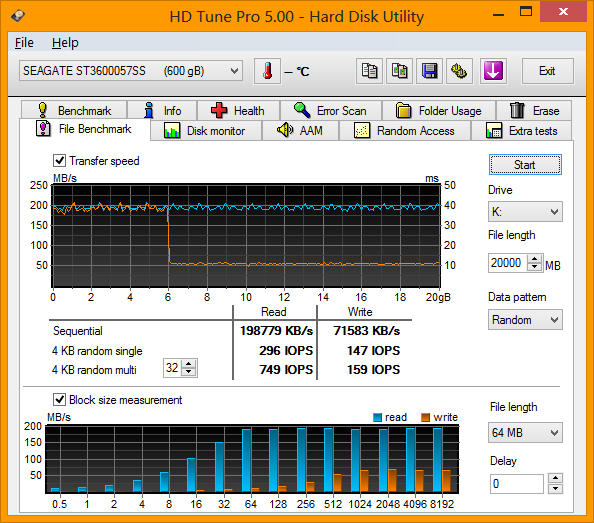 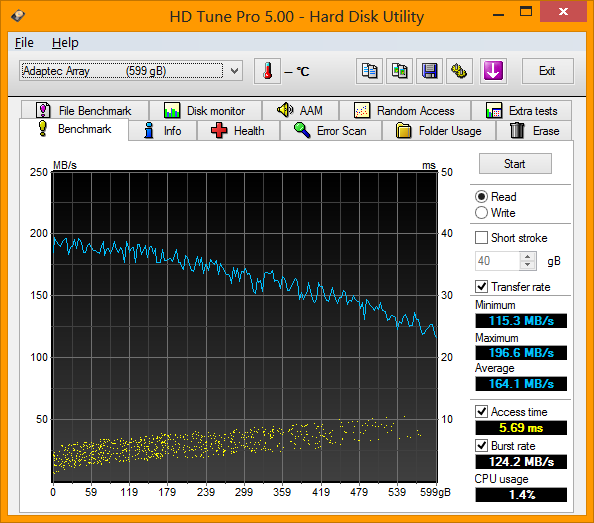 I got a new drive, and it has the same problem. I tested it in a different computer this time, and it was now detected by Seatools. I ran three tests, and they all passed. 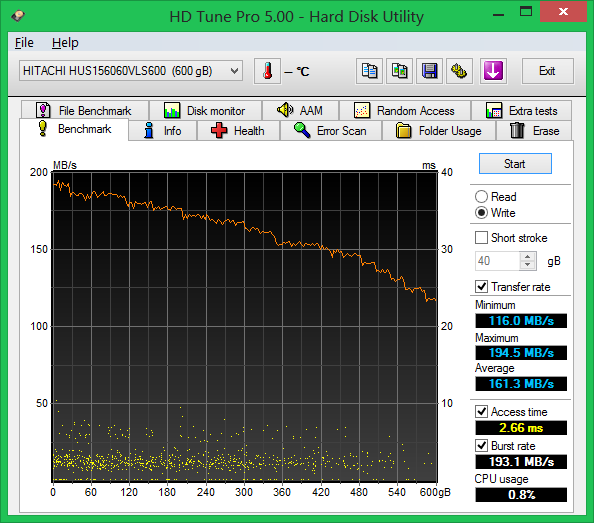 I have been in contact with Seagate tech support and here is what they said:

– I apologize for any inconvenience this may have caused you. Unfortunately we do not have any tools that test the sequential write performance. Normally if there are issues with the drive , Seatools would fail the tests or give you an error code.

This means that Seagate does not have any way of testing performance, and you are stuck with a problematic drive. Due to this, I won’t be buying Seagate products for a while. I was lucky that my retailer where I bought the drive accepted my returns and let me change to a Hitachi drive.

I have also found other threads with the same issue with Seagate Cheetah drives: